This website is no longer up to date.
With effect from 01/2022, Plettac Systems' offer will be presented on the new website www.tglobal.eu.
Written by Plettac Systems

US comapny FLIR Systems, Inc. is a global leader in the development and production of thermal imaging cameras. The company’s products are widely used in a broad range of applications. These include security solutions including ground and airborne video surveillance, condition monitoring, navigation, recreational purposes (hunting and outdoor), R&D, management of production processes, search and rescue, national borders protection, maritime patrol, and detection of chemical, biological, radiological, explosive and nuclear threats.

Since its inception in 1978, company FLIR has supplied thermal imaging systems and thermography devices to science, industry police and army. For the past years the company introduces its advanced technologies also to everyday life and thus we can encounter thermal imaging solutions in mobiles or automobiles.

Official distributor of FLIR for Slovakia 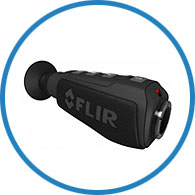 Thermal vision cameras allow clear vision also in total darkness and adverse weather (fog, rain...). Handheld thermal vision cameras FLIR LS series, although primarily designed for police and security forces, are making their way also into the public sector because of their unique properties. They are particularly popular among hunters.

FLIR BHS are robust thermal imaging cameras designed for security services and the police. As for the sharp contrast image of those cameras, security workers are able to see monitored persons even in total darkness, through fog, smoke but also thick grassland. 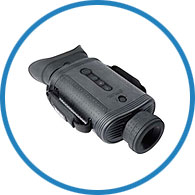 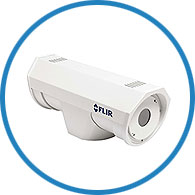 FLIR cameras of the F series are security thermal cameras that clearly show intruders or other potential threats in total darkness, fog or rain. Those fixed high-resolution cameras can be controlled via digital or analogue network.

FLIR PT series cameras are IP Pan/Tilt multi-sensor systems, which consist of one thermo vision security camera and one colour CCD sensor camera, being together on one swivel tripod. It is an ideal security solution that captures security threats even in total darkness and adverse weather. 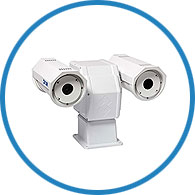 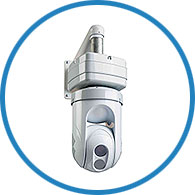 FLIR D compact series camera is a compact system consisting of one thermo vision and one visible security camera with 36x optical zoom. With the precise slew system, the operator can always aim the camera precisely on the point of interest.

We are a distributor of high quality brands

The company Plettac Systems is a traditional distributor of camera technology and camera components. We offer to our customers technologies and services, which covering all phases of the successful deployment of CCTV technology into practice.